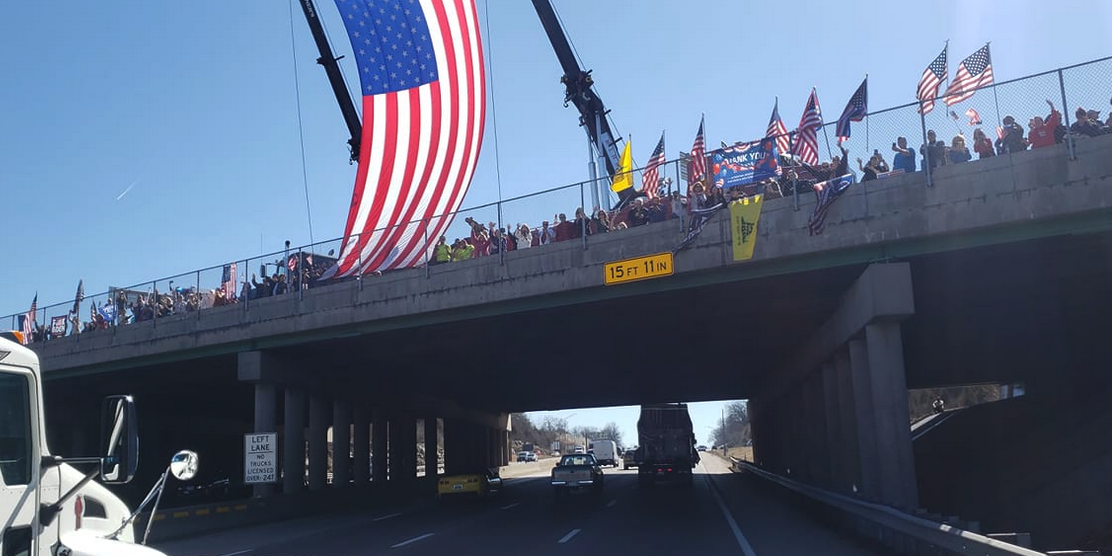 What’s the point of all these “freedom convoys,” anyway?

It’s a question millions of people are asking in 2022.

It’s early March, and we’ve already seen massive movements of trucks across Canada, the Unites States and other countries, to protest for medical freedom, or to bring people together to hold their governments accountable.

… unless, of course, it’s supported by advertisers or those who own or control the media outlets.

A convoy bedtime story would have a lovely happy ending, and WePatriot hopes for one in real life – one where people everywhere remember The People’s Convoy, the Freedom Convoy, and other convoys as peaceful demonstrations that helped reduce government overreach and restore liberty to lands where it’s been trampled on for the past two years, if not much longer.

Are the convoys winning, though? Are they actually working?

Livestreamer Sasnak said something this morning that makes me think they are. He said, speaking of The People’s Convoy, that it’s 3,000 miles long.

As Sasnak explained, the many thousands of people cheering on and supporting the rolling caravans from highway overpasses and small towns across America may not have traveled with the convoy, but they are part of it because they are united with its purpose, and their presence brings public awareness of the fact that convoy supporters are the majority.

We think the convoys have awakened many to new ways to work together, which we hope continues to be a trend this year and beyond.

What do you think? Have the American freedom convoys made a difference?

Latest Convoy News
Get our convoy newsletter.
The People’s Convoy 2022 Links
Get Convoy News by Email
Go to Top